As your life changes, so should your estate plan. At Brady Cobin Law Group, PLLC, we advise family planning clients to revisit their estate plan every year to ensure that life has not passed it by.

Whether you have experienced a significant life event such as the birth of a baby, change of marital status or the sale of a piece of real estate, you want to make sure that your estate plans are current and will still provide that your assets and property are distributed according to your wishes after you die.

Whether the Brady Cobin Law Group developed your estate plan initially or you need to have your plans updated, give us a call today to schedule a review if it has been a year or more since you have met with an estate planning attorney.

A decision from the Delaware Supreme Court serves as an excellent example of why revisiting your estate plan annually is a prudent idea. In the August 2017 decision, “In the Matter of the Estate of Edward J. Burke,” the court ruled that the decedent failed to take the steps necessary to accommodate the disposition of proceeds from a Virginia land sale that his children argued reflected his wishes.

Burke sold property that was originally to be part of his children’s inheritance and deposited $150,000 in proceeds in a new bank account under his name. When he became ill, Burke’s wife added her name to the account under his Durable Power of Attorney. After he died, the funds were hers, despite Burke’s children’s argument that the money was meant for them.

If Burke wanted this money to go to his four children, who were from a previous marriage, the court ruled that he should have modified his will after the property sale to reflect the proper disposition of that bank account’s holdings. He also should have revised the Durable Power of Attorney to prevent his wife from adding her name to the bank account.

If he had consulted with his estate planning lawyer, the attorney would probably have asked Burke whether he had made any large financial transactions since their previous meeting. We know we would have! 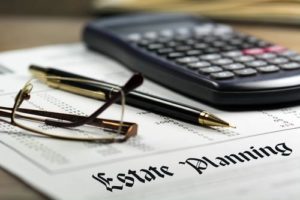 The Delaware case mentioned above illustrates why you should always update your estate plan after a major financial transaction. Burke failed to change two legal documents and his children suffered a significant financial loss.

Depending on what changes in your life occur over the course of a year, you could need to make several updates.

You may need to update documents such as:

During a yearly visit, we can go down a checklist to prompt your memory about significant events that may require updates to your estate plan. If you reside in North Carolina, here are five specific reasons to speak with an estate planning attorney at Brady Cobin Law Group about updating your estate plan: 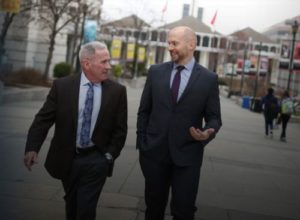 You are ahead of the game if you have developed plans for disposition of your estate after you are gone. But the circumstances of your life change year-to-year, and your plans can fall by the wayside if they are not regularly updated.

You can also learn more about Common Estate Planning Assumptions You Should Not Be Making in one of our articles.