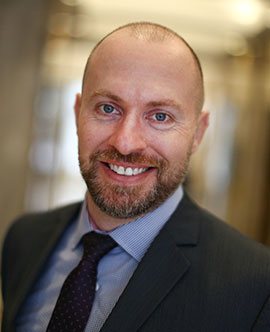 While Andrew J. Cobin was serving his country as a judge advocate general in the U.S. Navy for seven years, he developed a good sense of the kind of law practice he wanted to start when he returned to civilian life. He knew that he wanted to help individuals and families create more secure lives for themselves through wise estate planning.

“When I was in the Navy, what I enjoyed most was that I was basically the in-house counsel for these commands,” he recalls. “I would advise the commander on all sorts of issues. What I like about my practice now is that’s effectively what I am for the families I work with. Not only do I make sure that everything is in order for them and that the transition is going to go as efficiently as possible when they die or become incapacitated, but I try to make them feel comfortable coming to me with all sorts of issues. And that feels good to provide that level of counsel to people.”

Andrew grew up in Pennsylvania, but when it came time for college — and, a little later, law school — he headed south. He received a B.S. degree in mechanical engineering from Clemson University in 1999 and worked as an engineer in Houston for two years before pursuing a longstanding interest in law. He enrolled at the University of Texas School of Law, receiving his J.D. in 2005, and then decided to pursue another longstanding interest: serving his country in the military.

After completing the Navy’s boot camp for lawyers, Andrew got married and went to the Naval Justice School. He then spent three years in San Diego, four years in Naples, Italy, and was deployed twice — first to Djibouti, Africa, and then aboard a British frigate, the HMS Cornwall, which was conducting anti-pirate operations off the coast of Somalia.

All the time, Andrew was developing a broad range of skills and expertise that would prove to be invaluable in civilian life.

“In the JAG Corps, they make you do everything,” he says. “Once you get good at one thing, they move you to another job. In those seven years of active duty, I probably did at least eight different jobs.”

When it was time to leave, Andrew knew that he wanted to launch his own practice. “And given all the balls the Navy had thrown to me over my career, I felt confident that I could pretty much do whatever I wanted,” he says. “I came out a generalist, but really what they gave me was the confidence that I could accomplish whatever I wanted to do.”

Initially, he was interested in intellectual property law because of his background as an engineer. But then he remembered that his favorite class back in law school was trusts and estates. After he and his family settled in the Raleigh area, he launched his firm with a focus on estate planning, elder law, and probate matters.

He worked as a solo practitioner for two years and then met R. Daniel Brady at a networking event. The two men decided to join forces to create the Brady Cobin Law Group, PLLC. Andrew has continued to concentrate his work on helping clients protect their families from the perils of poor planning. Whether sheltering assets from Medicaid spend-down or avoiding costly and unnecessary administrative proceedings, Andrew helps his clients plan while they are alive and well. He also assists families after death and during disabilities. 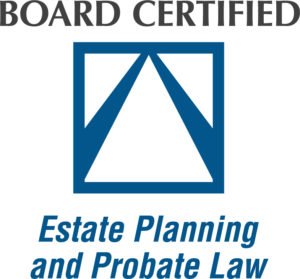 In 2018, Andrew has been recognized as a Board Certified Specialist in Estate Planning and Probate Law from the North Carolina State Bar.

A former Brazilian ju-jitsu practitioner, Andrew spends some of his spare time keeping fit as a Russian kettlebell instructor. His favorite activity, however, is spending time with his family.