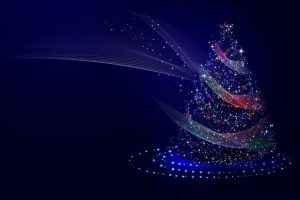 When the holiday decorations go up, so do the number of phone calls to the elderly. This is when scammers work to gain access to their bank accounts, credit cards and other financial assets.

According to a survey from the financial educational organization Investor Protection Trust, one in five Americans age 65 and older has been impacted by fraud, and the holiday season is when scammers shift into high gear. Scams targeting seniors have become so commonplace that they are considered “the crime of the century” by law enforcement and eldercare agencies.

The Dayton Daily News reports in its recent article, “Phone scams of elderly ramp up for holidays,” that the ways elder consumers can fall victim to financial exploitation may come in many forms.

Some research indicates that seniors make twice as many purchases over the phone than the national average. As a result, it’s a very common practice to target the elderly in telemarketing fraud.

New widows or widowers who have recently assumed the role of managing their finances may be more susceptible to being targeted by a scamming telemarketer.

Maggie Flowers from the National Council on Aging says, “Scam artists know that many older adults have fixed incomes, which may make them more susceptible to fraud, because there may be an openness to learn about ways to make money and pay their bills.”

Financially secure elders are also at risk for fraud, because criminals may presume that years of saving could mean a healthy checking account. Older adults who are socially isolated or who are unaware of a decline in cognition may also be at increased risk for financial exploitation. Older adults who get multiple daily telemarketing calls are likely to experience three times as much financial loss, as a person who receives an occasional telemarketing call.

The FBI says elder victims of scams often don’t report telemarketing fraud because these victims feel shame for being scammed. An elder may also not care to talk about a fraudulent act because they think their family may act aggressively and make the elder feel that their independence may be threatened.

Speak with aging parents about the phone calls they receive asking for personal information. Remind them never to share information with someone they don’t know. Make sure they understand, without making them feel like you are talking down to them, that if someone is offering them a prize or money, it is best to hang up the phone without allowing a conversation to develop. At some point, you may need to speak with an elder law attorney to discuss how to protect a loved one from scammers, if their judgment has diminished.