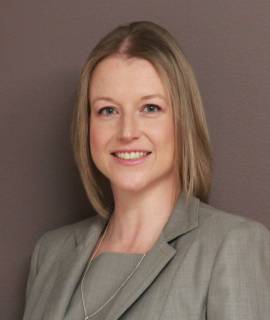 Stephanie Poston joins Brady Cobin Law Group with a focus on estate planning and probate and trust administration. She was recently recognized in Best Lawyers: Ones to Watch for her work in trusts and estates litigation. She has also been accepted into the inaugural class of the Southeast Fellows Institute of the American College of Trust and Estate Counsel (ACTEC). The Southeast Fellows Institute was created by ACTEC Fellows to develop the profession’s future leaders through a series of in-depth educational presentations led by outstanding subject matter experts in each field.

A native of North Carolina, Stephanie attended the North Carolina School of Science and Mathematics before earning her Bachelor of Arts degree from Duke University with a double major in Philosophy and Political Science.

Stephanie then relocated to Sacramento, California, to pursue a law degree. While attending the University of the Pacific, McGeorge School of Law, Stephanie completed a judicial externship with the Honorable Morrison C. England, Jr. of the United States District Court for the Eastern District of California. She graduated from McGeorge with Great Distinction and a concentration in Intellectual Property Law. She is also a member of the Order of the Coif and the Roger J. Traynor Honor Society.

In her free time, Stephanie enjoys spending time with her family, going wine-tasting, and taking the occasional cooking class.