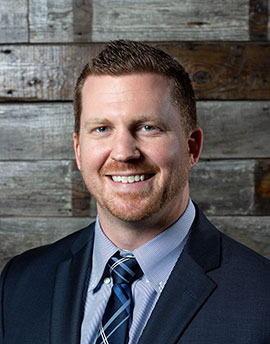 With a focus on estate litigation, David joins Brady Cobin Law Group to assist clients through some of the most difficult times with disputed estates, elder financial abuse matters, as well as elder guardianship issues.

David was born and raised in Union County, North Carolina and received his first experience in litigation at a very early stage in life when he was selected to participate in a mock tribunal at the United Nations in New York City while he was in high school.

He then earned his Bachelor’s Degree from the University of North Carolina at Greensboro where he was a double major in Political Science and Sociology. David also completed a minor in Philosophy. During his time in Greensboro, David participated in mock trials, drafted legal briefs, and presented arguments on various legal topics.

During his time in law school, David found joy in volunteering for several organizations including Legal Services of Southern Piedmont and Wills for Heroes. It was here where David began writing estate planning documents for under-served individuals as well as local firefighters and police officers. David also volunteered with the North Carolina legal aid where he assisted clients in an array of matters, such as serving as a Guardian ad Litem for Cabarrus County. Immediately after graduating David sat for the North Carolina Bar Exam and was admitted to practice law.

In his free time, David enjoys traveling with his wife, drag racing at various tracks along the east coast, and the occasional round of golf.